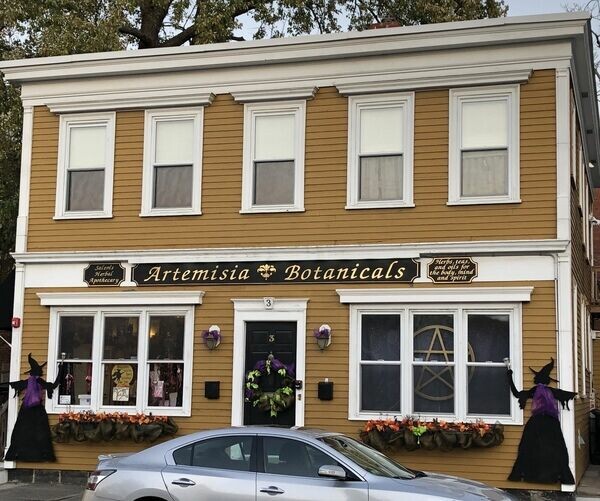 for all things Herbal and Magickal

The Magical Benefits of Teas, Herbs, Spices, and Botanicals

Before the Industrial Age, organic botanicals, herbal teas, herbs, and spices were commodities more valuable than gold. Over the centuries, wars were even fought over them. The fact is that many of the herbs, spices, roots, leaves, and other substances that are commonly used as seasonings in cooking also have quite positive health impacts. These items and other natural treasures can be found at our herb shop in Salem, MA.

Many herbs, spices, and other organic botanicals found at any good herb shop are rich in polyphenols. Polyphenols have antioxidant capacities that neutralize harmful free radicals and have also been shown to have cardiovascular and anti-inflammatory benefits. Some studies show that many spices and herbs may also have anti-microbial properties that can help protect against certain fungi and bacteria's growth.

Here are just two of the many magical benefits of teas, herbs, spices, and botanicals. Chatting with our knowledgeable herb shop staff will uncover hundreds more:

Mints include herbs used to flavor sweet as well as savory dishes; sweet ones include peppermint and spearmint, commonly found in iced teas, candy, chewing gum, and other desserts. Savory mints include oregano and basil, which are the backbone of Italian and Greek cooking. Any reputable herb shop will carry all of these. Members of the mint family are also among the oldest medicinal herbs and were used to treat illnesses as long as 10,000 years ago.

Licorice is actually a legume related to beans and peas! Dried licorice root is a popular flavoring in candy, tea, gum, and root beer and is a main ingredient in the Greek liqueur ouzo. Licorice has been traditionally used for its expectorant properties. The boiled root is found in some Chinese dishes and is chewed in Mediterranean countries as a breath freshener.

Thanks for stopping by.

For some history on the Salem Witch Trials, check out Backstory with Larry Potash.

The leaves of the ornamental Thuja tree have an outstanding record for supporting skin, bronchial and respiratory health. Use as a potent tea or skin care salve.

Save this product for later
Display prices in: USD 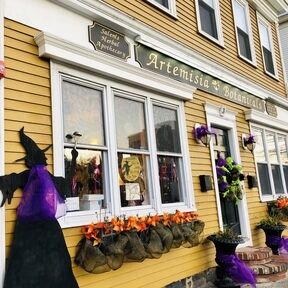 In 1997, Artemisia Botanicals began selling organic herbs to meet the needs of the community. Later, we expanded to offer other products, such as herbal teas, spell candles, incense, handmade soaps and gifts.

As a leading herb retailer in Salem, MA, we have products for everyone. Our shop is “Scentual for Every Body” as we like to say.

Our shop is filled with the beautiful fragrances from the many organic herbs we carry, including:

What Customers Have to Say About Us

One of our many happy customers wrote to us, saying, “I always LOVE the smell of Patchouli. It reminds me of my hippie days when I was younger. And of course the soap is always the best of all world wide. Thank you!”

Another satisfied customer wrote, “I have been wearing your patchouli oil since you opened your store 24 years ago! What amazes me, besides the incredible scent, is how many times I am stopped and told how good I smell and asked what the scent is. It happens on the average of once a week and by men and women alike!”

Education About Plants and Natural Energies

Drop by our shop today to relax and stay for a spell. Bask in the aromas of oils and herb spices and enjoy the complex world that is Artemisia Botanicals.

Come in, Relax and Stay Awhile!

Everyone comments on how great our shop smells because of all the herbs and oils we use every day. Experience and enjoy the complex world that is Artemisia Botanicals. There is something for every body, mind and spirit.